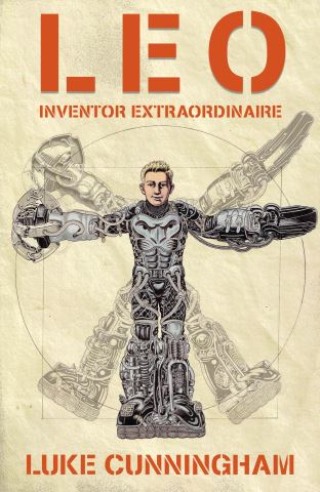 In this middle-school adventure mystery perfect for puzzle solvers, a young orphan named Leo discovers clues to his past when he finds a series of tunnels below his school. But to unlock the answers, he’ll need every skill and invention he has—even if his inventions don’t always work.

A “lifer” at the secluded Academy of Florence, Leo has never met his parents ... or anyone in his family for that matter. His current “family” is his mechanical monkey and robot lion, who along with his charming best friend and fellow lifer, Savvy, only get him into trouble. But after Leo’s latest experiment goes catastrophically wrong, he finds a mysterious clue that opens an underground maze—one that seems to have been created for him to solve.

Leo hopes the tunnels will help him discover the identities of his parents and the reason he’s an orphan in the first place. Instead, he finds that his past and possibly even his future is somehow linked to the innovative Wynn Toys company, whose genius president mysteriously disappeared years before.

Leo must use his creativity and scientific know-how to revive the toy company, oust its dastardly leader, and discover the fate of his real family.

“In LEO, Inventor Extraordinaire, Luke Cunningham has created an utterly engaging and charismatic protagonist and an absorbing mystery filled with spectacular inventions, vivid action, an occasional life lesson, and a hearty dose of humor.” —Clinton Kelly, TV personality and host

Luke X. Cunningham is an Emmy-nominated writer from Philadelphia. Previously, he spent three years as a writer for The Tonight Show Starring Jimmy Fallon. He developed a passion for the Renaissance while earning a history degree from Brown University. He currently lives in Los Angeles, CA, with his wife and their son, Finn. LEO: Inventor Extraordinaire is his first novel.