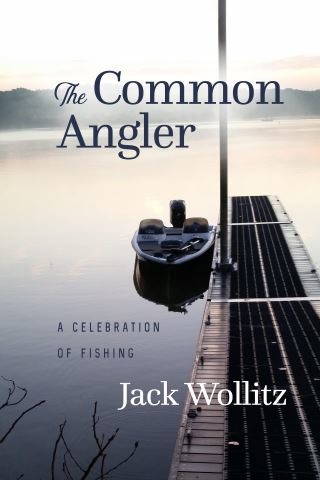 A Celebration of Fishing

The Common Angler taps into the passion that simmers in the souls of anglers and celebrates the primordial connection of people to fish and fishing. Author Jack Wollitz set out to explain the &#8220;why&#8221; behind the fact that so many people are passionate about fishing and along the way discovered a book's worth of experiences and stories. Early chapters cover the foundation of Jack's own passion for fishing and explore the connection we have with water and the creatures that depend on it for life. The Common Angler explores fishing friendships, relationships, and observations; extraordinary experiences; and the value of personal time on the water. Also included is a whimsical piece that personifies two common waterside fixtures. A key chapter draws parallels between the legendary River Lea in Izaak Walton's The Compleat Angler, written in the mid-seventeenth century, and Northeast Ohio's Mahoning River and the mighty Ohio River. The Common Angler also provides an insider's perspective about what makes certain people great anglers, featuring two Northeast Ohio men known for their fishing accomplishments, as well as Ernest Hemingway, baseball stars Ted Williams and Wade Boggs, and Rick Clunn, considered the greatest bass angler of all time. The book advances with chapters that explore the development and popularity of competitive fishing, the therapeutic value of fishing when times are difficult, and even the pain and suffering dedicated anglers sometimes endure. The Common Angler concludes with an examination of the obligations anglers shoulder and how we can grow with our passion. &#8220;Next time you go to the water, open your eyes wider than ever before. Listen like your ears are amplifiers. Breathe with a purpose, deep and slow, so every molecule of nature checks in with your brain. Feel the sun. Touch the water. Ask yourself why you are there and what you intend to accomplish. Do this and you will be fishing. Do it every time and you will open a new chapter in your life as an angler.&#8221;

Jack Wollitz: Writer Jack Wollitz has been a passionate angler ever since he went on his first fishing trip at the age of five. He grew to love writing about fishing as much as actually fishing and has published more than two hundred magazine feature stories along with nearly 1,700 weekly columns in the Youngstown Vindicator and Warren Tribune Chronicle. After graduating with a bachelor of arts in English from Youngstown State University, he worked as a newspaper reporter for The Salem News in Ohio and then joined the editorial staff of the Warren Tribune Chronicle.