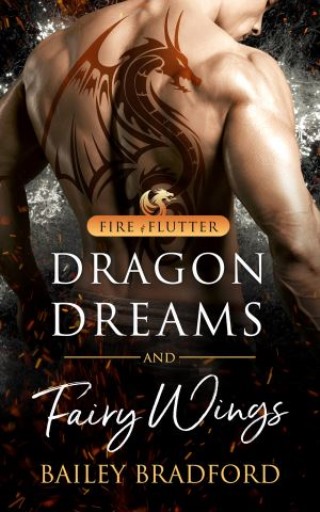 When one fairy with a faulty memory meets a snarky dragon, the supernatural world will never be the same.

Griff was born a Love fairy, but he never quite fitted in. He didn't want to be part of a harem...at least he didn't think so. What with his wings gone and his memory damaged, he can't be certain of what he felt in the past. All he does know is he wants his wings back. Without them, he's grounded.

Blaze is a dragon shifter who tends to stick his foot in his mouth—and some other parts in other places—when he really shouldn't. His brother's the king, and his sister-in-law is scary. Blaze's last screw-up got him grounded, unable to shift into his dragon form. His punishment seems harsh to him, but there's no escaping it. When the Love fairies come to the castle to work on forming an alliance, Blaze has about had it with guarding the horny beings, and he's disappointed that they don't stay small and cute. Swatting at something buzzing him, he almost starts an inter-species war when it turns out to be a fairy on a dragonfly. And from that snarky first meeting between Griff and Blaze, something wonderful, and dangerous, will come...

Bailey Bradford: A native Texan, Bailey spends her days spinning stories around in her head, which has contributed to more than one incident of tripping over her own feet. Evenings are reserved for pounding away at the keyboard, as are early morning hours. Sleep? Doesn't happen much. Writing is too much fun, and there are too many characters bouncing about, tapping on Bailey's brain demanding to be let out.