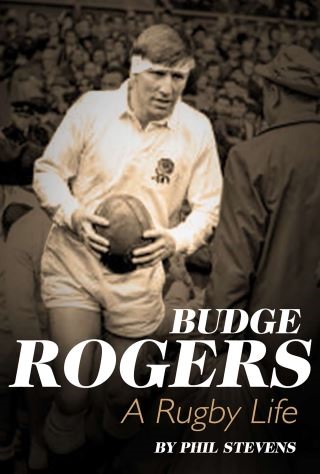 Budge Rogers: A Rugby Life is the long overdue biography of one of rugby's most iconic players, Derek Prior Budge Rogers. The story of the wing forward who lit up rugby grounds around the world in the 1960s and 1970s with dazzling and determined wing play, Rogers is a true rugby great. He captained Bedford RFC for five seasons, including the year they won the National Cup in his last game for the club. He spent nine years as England captain and toured overseas with the British Lions and Barbarians - with many a tale to be told from these trips, which are a real highlight of his story. Rogers's exemplary playing career was followed by years in management and administration at the highest level as both Chairman of England Selectors and President of the RFU. An OBE soon followed. A player who epitomized the best values in the amateur game, he also became a key figure in managing the difficult transition of rugby from its amateur status into the modern, professional game we know today. Budge Rogers: A Rugby Life gives a unique insight into the life of this electrifying wing forward and his time at the top of the sport.

Phil Stevens: Dr. Phil Stevens enjoyed a long and successful career in education. Phil played football and cricket at senior amateur level and is a member of Essex CCC. He is the author of a biography of the highly successful manager of West Ham United and Ipswich Town, John Lyall, as well as Rita and Gerald: Adult Learning in Britain Today.