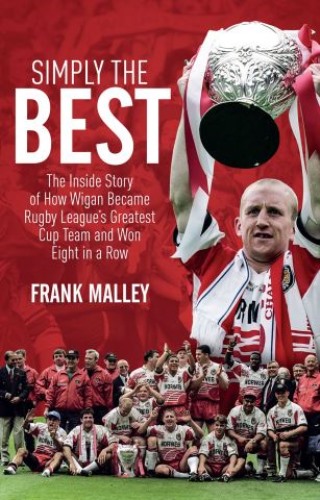 Simply The Best is the inside story of hard men and extraordinary achievement. Wigan became rugby league's greatest cup team in history when they won eight Challenge Cups in a row at Wembley. On the way, greats such as Shaun Edwards, Martin Offiah, and Jason Robinson joined with local talent to show the world how sporting empires are built.

Frank Malley: Frank Malley is the author of Living on the Deadline, a memoir of life as a global sports writer, as well as Champions: The Story of Manchester United's 26-Year Quest for Glory. He was a columnist and deputy sports editor with the Daily Express and chief writer with Press Association Sport, where he was shortlisted in 2007 for columnist of the year in the Sports Journalist Association's awards.