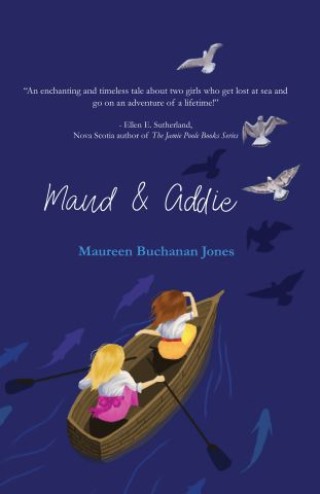 In 1910, the two sisters, eleven- and twelve-year-old Maud and Addie, are eagerly anticipating their Summer Social in Mahone Bay, Nova Scotia. However, the event does not quite go according to plan, and the two girls are swept out to sea as they are rowing home at the day's end. They find themselves adrift in the unforgiving North Atlantic with only the contents of a picnic hamper to sustain them and a carriage blanket to keep them warm. Finding their way through stormy seas, the girls finally make landfall on a deserted island. With string and a jackknife—recovered from Maud's pockets—and a parasol and novel contributed by Addie, the girls create a world for themselves among the island dunes, keeping company with sea birds and other sea creatures. Their ensuing adventures test their wits and, in the process, forge a bond that enables them to survive. Maud and Addie is a castaway tale that demonstrates the inventiveness, the courage, and the resilience of two young girls when confronted with adversity.