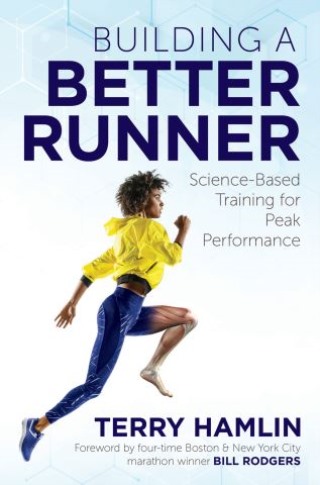 Building A Better Runner is your ultimate guide to distance running. Whether you are a teenager who enjoys running the mile, a hobby runner who wants to be fitter and faster, or a high-level athlete aiming for Olympic gold, this book has training tips and plans to suit your needs. There is a specific way that the body improves. If the right phases of training are used at the right times, then an athlete (from a beginner or hobby runner to an elite, high-level runner) can benefit from this scheduling. By using a scientific method developed by author and runner Terry Hamlin, this book utilizes physiology, biochemistry, and periods of stress and recovery to create the most effective program for runners looking to better themselves athletically. Hamlin wants runners to understand how the body works on a kinetic and cellular level. Additionally, he hopes to help runners understand that it's possible to remove your frustration with not improving and make the sport of running an exciting, lifelong pursuit. Are you ready to run the distance?

Terry Hamlin: Terry Hamlin began to run to stay in shape for surfing. He has won dozens of races from the mile to the marathon. He put together a team in 1978 which still hold the US Twenty-Four-Hour Relay Record. He is also the creator of the Charleston Running Club, one of the best running groups in America. Hamlin is a full-time realtor in Charleston, South Carolina, and he coaches runners interested in "becoming the best runner within." Bill Rodgers has won the Boston Marathon and New York City Marathon four times each. In 1998, he was inducted to the National Distance Running Hall of Fame, and in 1999, he was inducted to the National Track & Field Hall of Fame.