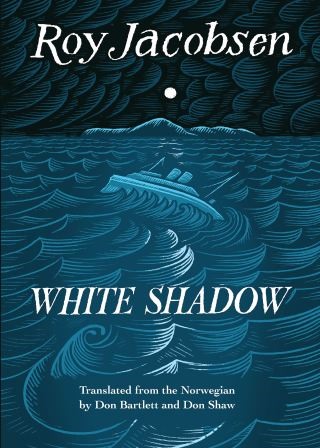 No-one can be alone on an island . . . But Ingrid is alone on Barrøy, the island that bears her name, and the war of her childhood has been replaced by a new, more terrible present: the Nazi occupation of Norway. When the bodies from a bombed vessel carrying Russian prisoners of war begin to wash up on the shore, Ingrid can’t know that one will not only be alive, but could be the answer to a lifetime of loneliness—nor can she imagine what suffering she will endure in hiding her lover from the German authorities, or the journey she will face, after being wrenched from her island as consequence for protecting him, to return home. Or especially that, surrounded by the horrors of battle, among refugees fleeing famine and scorched earth, she will receive a gift, the value of which is beyond measure.

Roy Jacobsen is a Norwegian novelist and short-story writer. Born in Oslo, he made his publishing debut in 1982 with the short-story collection Fangeliv (Prison Life), which won Tarjei Vesaas' debutantpris. He is winner of the prestigious Norwegian Critics Prize for Literature and two of his novels have been nominated for the Nordic Council's Literature Prize: Seierherrene (The Conquerors) in 1991 and Frost in 2004. The Burnt-Out Town of Miracles was published in Britain in 2008. Jacobsen lives in Oslo.