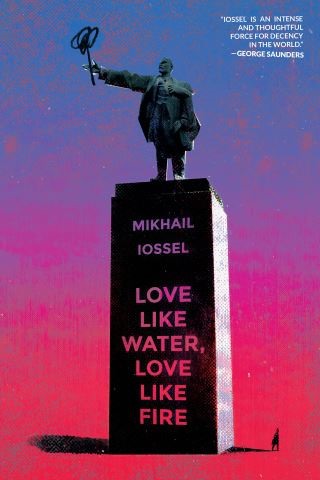 “Love Like Water, Love Like Fire is an extraordinary book: funny and profound, moving and provocative. Rarely has life in the former USSR (or anywhere, for that matter) been portrayed with such a rich admixture of soaring observation and finely rendered detail. This is a gorgeously constructed collection by one of our wittiest and most insightful writers.” —Molly Antopol, author of The UnAmericans

“Mikhail Iossel is a genius, a comic visionary in the tradition of Gogol, Keret, Barthelme, and Saunders.” —Brian Morton, author of Starting Out in the Evening and Florence Gordon

From the moment of its founding, the USSR was reviled and admired, demonized and idealized. Many Jews saw the new society ushered in by the Russian Revolution as their salvation from shtetl life with its deprivations and deadly pogroms. But Soviet Russia was rife with antisemitism, and a Jewish boy growing up in Leningrad learned early, harsh, and enduring lessons.

Unsparing and poignant, Mikhail Iossel’s twenty stories of Soviet childhood and adulthood, dissidence and subsequent immigration, are filled with wit and humor even as they describe the daily absurdities of a fickle and often perilous reality.

Mikhail Iossel immigrated to the United States in 1986 from the former USSR and is an associate professor of English at Concordia University in Montreal. His stories and essays have appeared in the New Yorker, New York Times Magazine, Best American Short Stories, and elsewhere.

Mikhail Iossel was born in Leningrad, USSR (now St. Petersburg, Russia), where he worked as an electromagnetic engineer and belonged to an organization of samizdat writers before immigrating to the United States in 1986. He is the author of Notes from Cyberground: Trumpland and My Old Soviet Feeling and two collections of fiction: Love Like Water, Love Like Fire and Every Hunter Wants to Know. A frequent contributor to the New Yorker, his stories and essays have also appeared in the New York Times Magazine, Foreign Policy, Ecotone, Guernica, Tikkun, Best American Short Stories, and elsewhere. Iossel, a Guggenheim, National Endowment for the Arts, and Stegner Fellow, has taught in universities throughout the United States and is an associate professor of English at Concordia University in Montreal.