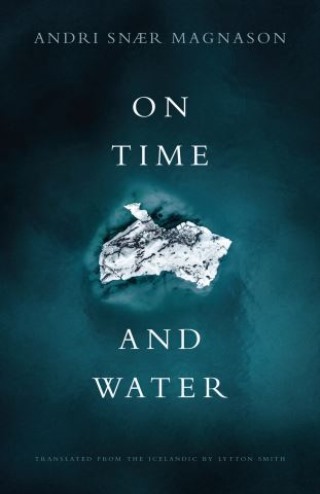 On Time and Water

“Eco-lit needs more attention, and devotees will be pleased to discover a new addition from the Icelandic author Andri Snaer Magnason, who writes with a Seussian mix of wonder, wit and gravitas ... immensely satisfying.”—New York Times

Asked by a leading climate scientist why he wasn’t writing about the greatest crisis mankind has faced, Andri Snær Magnason, one of Iceland’s most beloved writers and public intellectuals, protested: he wasn’t a specialist, he said. It wasn’t his field. But the scientist persisted: “If you cannot understand our scientific findings and present them in an emotional, psychological, poetic or mythological context,” he told him, “then no one will really understand the issue, and the world will end.”

Based on interviews and advice from leading glacial, ocean, climate, and geographical scientists, and interwoven with personal, historical, and mythological stories, Magnason’s resulting response is a rich and compelling work of narrative nonfiction that illustrates the reality of climate change and offers hope in the face of an uncertain future. Moving from reflections on how one writes an obituary for a glacier to exhortation for a heightened understanding of human time and our obligations to one another, throughout history and across the globe, On Time and Water is both deeply personal and globally minded: a travel story, a world history, a desperate plea to live in harmony with future generations—and is unlike anything that has yet been published on the current climate emergency.

Andri Snaer Magnason: Andri Snær Magnason is an Icelandic writer born in Reykjavik. He is a writer of fiction, non-fiction, poetry, plays and documentary films. His book LoveStar won the Philip K. Dick special citation in 2014 and Le Grand prix de l’Imaginaire in France 2016. and his children’s book, The Story of the Blue Planet was the first children’s book to win the Icelandic literary award and has been published in 32 languages. The Casket of Time has received rave reviews in the New York Times and his book Dreamland: a Self Help Manual for a Frightened Nation has contributed to a new energy policy in Iceland and the vision of the Highland National Park in the Central Highlands of Iceland. Andri Snær Magnason ran for president in Iceland in 2016 and came third in the election.