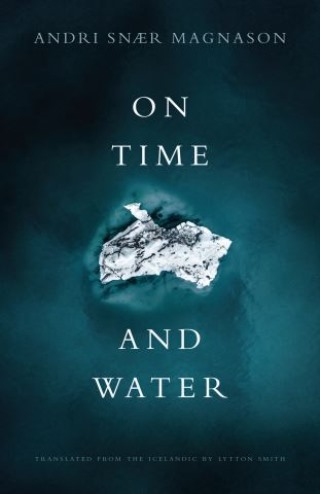 On Time and Water

• Magnason wrote ‘A Letter to the Future’, a eulogy for Ok, the first glacier to be declassified in Iceland. This made global news and was shared across the world.

• Magnason was selected to interview the Dalai Lama when he visited Iceland in 2009 and later in India. These interviews feature prominently in the book.

• A documentary based on On Time and Water is in progress and a film based on Magnason’s The Story of the Blue Planet will be released in 2022.

• Magnason delivered the keynote speech of the 13th Conference of the European Science Education Research Association.

• Magnason has guest lectured at Columbia University, Harvard, Keele University, the Universities of Iceland and he meets thousands of school children every year.

• Magnason is an activist in the fight against the destruction of the Icelandic highlands and has seen firsthand the effects of global warming on the nature of Iceland.

• On Time and Water will be published in over 20 territories.

• On Time and Water was the number one best-selling book in Iceland in 2019.

• An excerpt from On Time and Water will appear in Tales of Two Planets: Stories of Climate Change and Inequality in a Divided World, edited by John Freeman (April 2020)

Andri Snær Magnason: Andri Snær Magnason is one of Iceland’s most celebrated writers. He has won the Icelandic Literary Prize for fiction, children’s fiction, and non-fiction. In 2009, Magnason co-directed the documentary Dreamland, which was based on his book Dreamland: A Self-Help Manual for a Frightened Nation. In 2010, Magnason was awarded the Kairos Prize, presented to outstanding individuals in the field of intercultural understanding. Magnason ran for president of Iceland in 2016 and came third out of nine candidates.