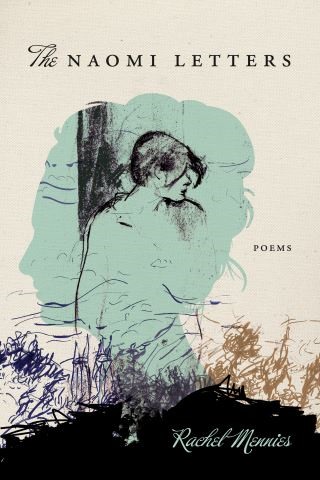 Rachel Mennies embraces the public/private duality of writing letters in her latest collection of poems. Told through a time-honored epistolary narrative, The Naomi Letters chronicles the relationship between a woman speaker and Naomi, the woman she loves.

Set mostly over the span of a single year encompassing the 2016 Presidential Election and its aftermath, their love story unfolds via correspondence, capturing the letters the speaker sends to Naomi—and occasionally Naomi’s responses, as filtered through the speaker’s retelling. These letter-poems form a braid, first from the use of found texts, next from the speaker’s personal observations about her bisexuality, Judaism, and mental illness, and lastly from her testimonies of past experiences. As the speaker discovers she has fallen in love with Naomi, her letters reveal the struggles, joys, and erasures she endures as she becomes reacquainted with her own body following a long period of anxiety and suicidal ideation, working to recover both physically and emotionally as she grows to understand this long-distance love and its stakes—a love held by a woman for a woman, forever at a short, but precarious distance.

Rachel Mennies: Rachel Mennies is the author of The Naomi Letters (BOA Editions, 2021) and The Glad Hand of God Points Backwards (Texas Tech University Press, 2014), winner of the Walt McDonald First-Book Prize in Poetry and finalist for a National Jewish Book Award. Her poems and essays have been published at The Believer, American Poetry Review, Kenyon Review, Poetry Foundation, and elsewhere. She serves as the book reviews editor for AGNI and the series editor, since 2016, of the Walt McDonald First-Book Prize in Poetry at Texas Tech University Press. Originally from the Philadelphia area, Mennies currently lives in Chicago, where she works as a writer, editor, and adjunct professor.