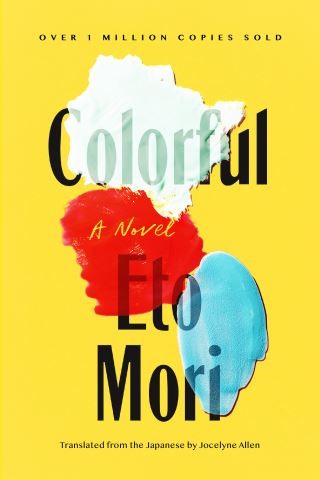 A beloved and bestselling classic in Japan, this groundbreaking tale of a dead soul who gets a second chance is perfect for readers of The Midnight Library.

"Congratulations, you've won the lottery!" shouts the angel Prapura to a formless soul. The soul hasn't been kicked out of the cycle of rebirth just yet—he's been given a second chance. He must recall the biggest mistake of his past life while on 'homestay' in the body of fourteen-year-old Makoto Kobayashi, who has just committed suicide. It looks like Makoto doesn't have a single friend, and his family don't seem to care about him at all. But as the soul begins to live Makoto's life on his own terms, he grows closer to the family and the people around him, and sees their true colors more clearly, shedding light on Makoto's misunderstandings.

Since its initial release over twenty years ago, Colorful has become a part of the literary canon, not only in Japan—where it has sold over a million copies—but around the world, having been translated into several different languages. Now, Eto Mori's beloved classic is finally available in English.

Eto Mori: Eto Mori has been a literary star in Japan for over thirty years. She has won numerous major awards in Japan including the Naoki Prize, one of Japan's most prestigious awards for popular fiction. Colorful has been translated into seven different languages, and adapted into three films. Colorful is her first novel to be translated into English. She lives in Tokyo, Japan.

Jocelyne Allen has translated hundreds of short stories, novels, and manga, including the Eisner Award-winning titles Frankenstein by Junji Ito and Onward Toward Our Noble Deaths by Shigeru Mizuki. She splits her time between Toronto and Tokyo.