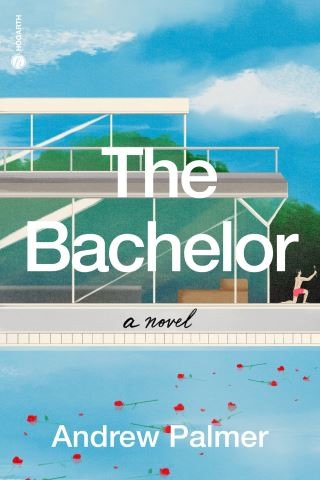 An incisive, witty, and tender debut novel about love and commitment, celebrity and obsession, poetry and reality TV.

“This unassuming, sharp novel quietly questions love and the nature of perception in an overconnected world.”—The Seattle Times

Reeling from a breakup with his almost fiancée, the narrator of Andrew Palmer’s debut novel returns to his hometown in Iowa to house-sit for a family friend. There, a chance flick of the TV remote and a new correspondence with an old friend plunge him into unlikely twin obsessions: the reality show The Bachelor and the Pulitzer Prize–winning poet John Berryman. As his heart begins to mend, his fascination with each deepens. Somewhere along the way, representations of reality become harder and harder to distinguish from real life. Soon he finds himself corresponding with multiple love interests, participating in an ill-considered group outing, and trying to puzzle through the strange turn his life seems to have taken.

Intellectually ambitious and keenly observed, The Bachelor is also an absorbing coming-of-age tale that tells the story of finding one’s footing in love and art. If salvation can no longer be found in fame, can it still be found in romantic relationships? In an era in which reality TV can make two dozen women fall in love with one man in six weeks, where does entertainment end and reality begin? Why do we, season after season, repeat the same mistakes in love and life?

Andrew Palmer: Andrew Palmer is a writer who work has appeared in The Times Literary Supplement and McSweeney’s and online at Slate, The Paris Review, and The New Yorker. He has been a fiction fellow at the Fine Arts Work Center in Provincetown, Massachusetts, and a resident at Ucross, the Anderson Center, and Yaddo. He grew up in Iowa and lives in Seattle with his partner and their dog. The Bachelor is his first novel.