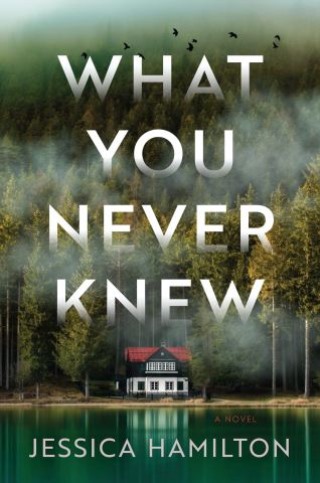 What You Never Knew

Told in alternating points of view between the living and the dead, Jessica Hamilton's debut novel will be perfect for fans of The Lovely Bones.

Idyllic Avril lsland, owned by the Bennett family, where their hundred-year-old cottage sat nestled in acres of forest. Forty-year-old June Bennett believed that the island had been sold after the summer of her father's disappearance when she was only twelve years old. It's months after the shocking death of her older sister May in a fatal car accident, that June finds out that the cottage was never sold. Avril Island is still owned by the Bennett family and now it's hers.

Still reeling from the grief of losing her sister, June travels back to Avril lsland in search of answers. As she digs, she learns that the townspeople believe her father may in fact have been murdered rather than having abandoned his family in the dead of night, as she was led to believe by her mother. And that's when she begins to notice strange things happening on the island--missing family possessions showing up, doors locking on their own, unexplained noises in the night, shadowy figures disappearing into the woods. It takes June no time at all to realize that her childhood summers at Avril Island were not at all what they had seemed to be.

Jessica Hamilton: Jessica Hamilton was born in Australia but grew up in Ontario, Canada. She has lived and worked in the Czech Republic, Taiwan, India and Japan. She studied writing at the Humber School for Writers as well as George Brown College. She lives in Orillia, Ontario with her husband, son and daughter. What You Never Knew is her first novel.