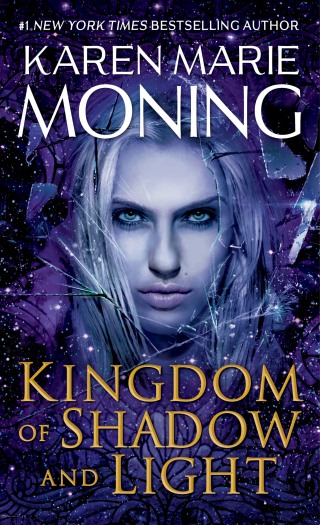 Kingdom of Shadow and Light

NEW YORK TIMES BESTSELLER • MacKayla Lane faces the ultimate threat when war breaks out between the kingdoms of shadow and light, as the Fever series races to an explosive revelation.

From the moment MacKayla Lane arrived in Dublin to hunt her sister’s murderer, she’s had to fight one dangerous battle after the next: to survive, to secure power, to keep her city safe, to protect the people she loves.

The matter of who’s good and who’s evil can be decided by the answer to a single question: Whose side are you on?

Now, as High Queen of the Fae, Mac faces her greatest challenge yet: ruling the very race she was born to hunt and kill—a race that wants her dead yesterday, so they can put a pure-blooded Fae queen on the throne.

But challenges with her subjects are the least of her concerns when an ancient, deadly foe resurfaces, changing not only the rules of the game but the very game itself, initiating a catastrophic sequence of events that have devastating consequences and leave Mac questioning everything she’s ever learned and everyone she’s ever loved. Now begins an epic battle between Mortal and Fae, Seelie and Unseelie, would-be kings and would-be queens, with possession of the Unseelie King’s virtually unlimited power and the fate of humanity at stake.

One who’s willing to sacrifice everything.

Karen Marie Moning: Karen Marie Moning is the #1 New York Times bestselling author of the Fever series, featuring MacKayla Lane, and the award-winning Highlander series. She has a bachelor’s degree in society and law from Purdue University.