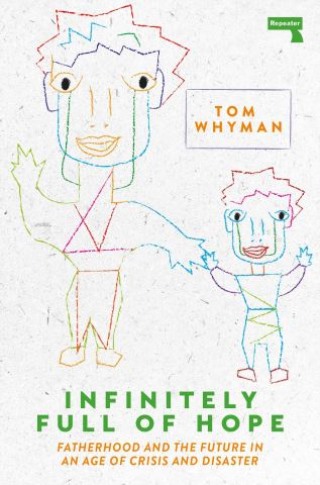 Fatherhood and the Future in an Age of Crisis and Disaster

A philosophical memoir about becoming a father in an increasingly terrible world – can I hope the child growing in my partner's womb will have a good-enough life?

A philosophical memoir about becoming a father in an increasingly terrible world. Can I hope the child growing in my partner’s womb will have a good-enough life?

For Kant, philosophy boiled down to three key questions: “What can I know?”, “What ought I do?”, and “What can I hope for?” In philosophy departments, that third question has largely been neglected at the expense of the first two – even though it is crucial for understanding why anyone might ask them in the first place. In Infinitely Full of Hope, as he prepares to become a father for the first time, the philosopher Tom Whyman attempts to answer Kant’s third question, trying to make sense of it in the context of a world that increasingly seems like it is on the verge of collapse.

Part memoir, part theory, and part reflection on fatherhood, Infinitely Full of Hope asks how we can cling to hope in a world marked by crisis and disaster.

Tom Whyman: Tom Whyman is a philosopher and writer who lives in the north east of England. He has taught at a number of UK universities, and is a contributing writer to The Outline.