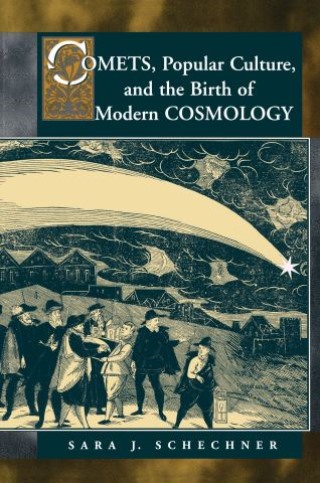 Comets, Popular Culture, and the Birth of Modern Cosmology

In a lively investigation into the boundaries between popular culture and early-modern science, Sara Schechner presents a case study that challenges the view that rationalism was at odds with popular belief in the development of scientific theories. Schechner Genuth delineates the evolution of people's understanding of comets, showing that until the seventeenth century, all members of society dreaded comets as heaven-sent portents of plague, flood, civil disorder, and other calamities. Although these beliefs became spurned as "vulgar superstitions" by the elite before the end of the century, she shows that they were nonetheless absorbed into the science of Newton and Halley, contributing to their theories in subtle yet profound ways.


Schechner weaves together many strands of thought: views of comets as signs and causes of social and physical changes; vigilance toward monsters and prodigies as indicators of God's will; Christian eschatology; scientific interpretations of Scripture; astrological prognostication and political propaganda; and celestial mechanics and astrophysics. This exploration of the interplay between high and low beliefs about nature leads to the conclusion that popular and long-held views of comets as divine signs were not overturned by astronomical discoveries. Indeed, they became part of the foundation on which modern cosmology was built.

Sara Schechner: Sara J. Schechner is a scholar-in-residence at the American Institute of Physics and a research fellow at the National Museum of American History. After many years as the Curator of the History of Astronomy Collection at the Adler Planetarium & Astronomy Museum in Chicago, she is now the principal of Gnomon Research, a firm specializing in science exhibits, educational outreach, and collections-based research.