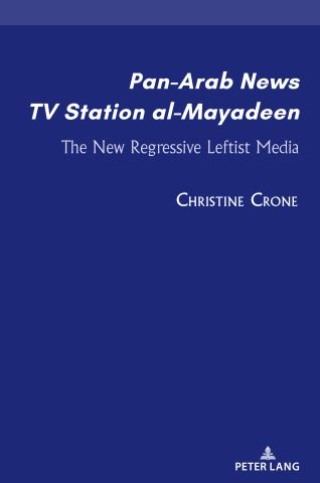 This book is the first comprehensive research conducted on the pan-Arab TV station al-Mayadeen – an important representative of the post-2011 generation of Arab satellite news media. Likewise, it is an investigation of a growing political trend and ideological discourse in the Arab world, which the book identifies as The New Regressive Left. The book sheds light on overlooked parts of the Arab population, which neither identified with the vision of the young activists initiating the uprisings, nor with the ambition of the growing Islamist tendency that followed. Rather it voices a grouping of Shia Muslims, religious minorities, parts of the Arab Left, secular cultural producers, and supports of the resistance movements brought together by their shared fear of the future.

Drawing on a wide variety of programmes from the station’s first four years and on interviews with staff members, the book captures how a TV station can play a role in the production of ideology through e.g. its composition of programmes, collaborations, events, iconization of cultural figures, choice of aesthetics, as well as through its recycling of cultural heritage and already existing ideological concepts. Overall, four ideological core concepts emerges, namely: the support of the resistance, the rejection of Sunni Islamism, the acceptance of authoritarianism, and the challenging of neoliberalism. Taking seriously a media outlet such as al-Mayadeen and the worldview driving an ideological discourse such as The New Regressive Left seems more acute than ever if we want to grasp the developments in a post-2011 Arab world.