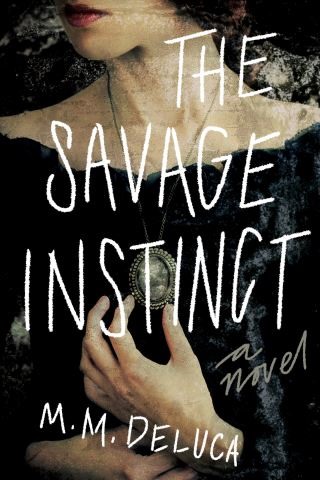 1.) A CROSS-GENRE SUCCESS: Deluca’s debut novel elegantly straddles psychological thriller and gothic horror, with first-person narration excelling on account of its depiction of psychosis. 2.) BITING COMMENTARY ON THE HISTORY OF “HYSTERICAL” WOMEN: Clara Blackstone is a troubled, childless woman in an oppressive marriage, a character inspired by the author's research into the history of "mind doctors" and the brutal psychiatric treatment of women who were labeled hysterics unhinged by their failed reproductive systems. Deluca deftly conveys the savage subordination of women in the years leading up to the suffrage movement. 3.) POPULARITY OF THE TRUE CRIME GENRE: From Serial to Making a Murder to I'll Be Gone in the Dark, audiences have an insatiable appetite for all things true crime. 4.) EXQUISITE HISTORICAL REIMAGINING: Deluca’s expert reimagining of 1870s England transports the reader back in time, giving them a series of one-on-ones with the infamous serial killer.

Marjorie DeLuca: Marjorie DeLuca spent her childhood in the ancient cathedral city of Durham in North-Eastern England. She attended the University of London, Goldsmiths College, studied psychology, then became a teacher. Marjorie immigrated to Canada and lives in Winnipeg with her husband and two children.