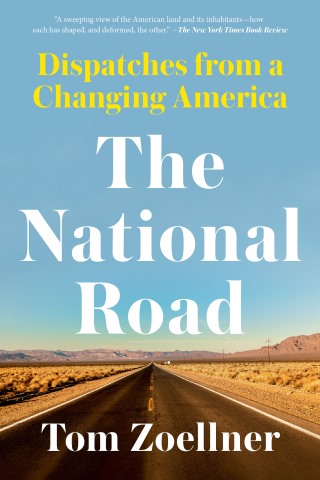 Dispatches From a Changing America

This collection of "eloquent essays that examine the relationship between the American landscape and the national character" serves to remind us that despite our differences we all belong to the same land (Publishers Weekly).

“How was it possible, I wondered, that all of this American land––in every direction––could be fastened together into a whole?”

What does it mean when a nation accustomed to moving begins to settle down, when political discord threatens unity, and when technology disrupts traditional ways of building communities? Is a shared soil enough to reinvigorate a national spirit?

From the embaattled newsrooms of small town newspapers to the pornography film sets of the Los Angeles basin, from the check–out lanes of Dollar General to the holy sites of Mormonism, from the nation’s highest peaks to the razed remains of a cherished home, like a latter–day Woody Guthrie, Tom Zoellner takes to the highways and byways of a vast land in search of the soul of its people.

By turns nostalgic and probing, incisive and enraged, Zoellner’s reflections reveal a nation divided by faith, politics, and shifting economies, but––more importantly––one united by a shared sense of ownership in the common land.

Tom Zoellner: Tom Zoellner is the author and co–author of eight previous nonfiction books, the politics editor of The Los Angeles Review of Books, an associate professor of English at Chapman University and a visiting professor of English at Dartmouth College. His writing has appeared in The Atlantic, Harper's, Men's Health, the Los Angeles Times, The New York Times, The Wall Street Journal, and many other places. He is the recipient of fellowships and residencies from The Lannan Foundation, the Corporation of Yaddo and the Mid–Atlantic Arts Foundation.