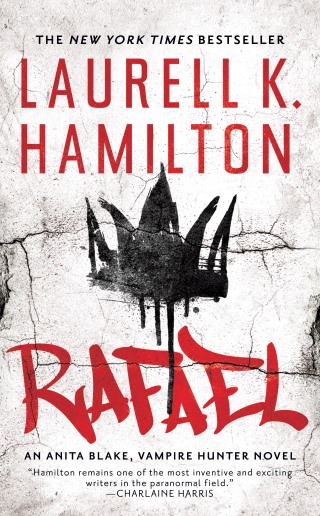 Rafael, king of the wererats, must fight to the death to defend his crown. He wants Anita Blake, one of his closest allies, with him as he faces an opponent unlike any he’s faced before. He will ask Anita to risk everything to be at his side....

But some of the wererats fear that Rafael depends too much on Anita and her ties to the vampires. They believe that there is only room in America for one supernatural king, and Rafael will turn them into nothing more than food for the bloodsuckers.

Among his enemies, a new challenger has arisen who is younger, hungrier, and has dark secrets that could destroy both the wererats and the vampires. Rafael will go into the magical heart of his people to find the power and violence that he needs to save them all, or die trying.

Laurell K. Hamilton: Laurell K. Hamilton is a full-time writer and the #1 New York Times bestselling author of the Anita Blake, Vampire Hunter series and the Merry Gentry series. She lives in a suburb of St. Louis with her family.