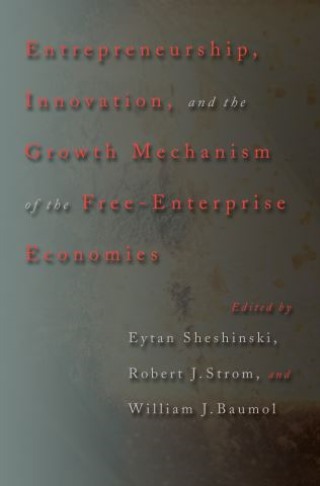 Entrepreneurship, Innovation, and the Growth Mechanism of the Free-Enterprise Economies

How much credit can be given to entrepreneurship for the unprecedented innovation and growth of free-enterprise economies? In this book, some of the world's leading economists tackle this difficult and understudied question, and their responses shed new light on how free-market economies work--and what policies most encourage their growth.


The contributors take as their starting point William J. Baumol's 2002 book The Free-Market Innovation Machine (Princeton), which argued that independent entrepreneurs are far more important to growth than economists have traditionally thought, and that an implicit partnership between such entrepreneurs and large corporations is critical to the success of market economies.