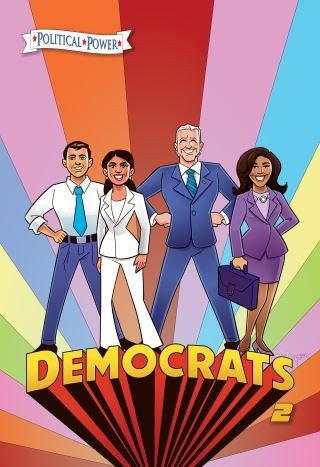 President Donald J. Trump’s tenure focused the American electorate on politics in ways not seen in modern history. During this tumultuous four-year period, four Democrats rose from the left to challenge the right’s policies. The movers: Joe Biden has had one of the most challenging journeys in American politics, facing an emotional roller coaster to become America’s youngest Congress member and, eventually, the 46th President of the United States. His running mate, Kamala Harris, has devoted herself to bettering her constituents’ lives while focusing on social issues that help minorities and women. Her no-nonsense approach and bi-racial heritage have made her the face of the Democrat party and the nation’s first female Vice President. The shakers: The youngest woman ever to serve in the United States Congress, few politicians have captured the electorate’s attention like Alexandria Ocasio-Cortez. Unafraid to buck the system to serve as the voice of her generation, her surprise defeat of Joe Crowley of New York is considered the 2018 election cycle’s defining moment. Pete Buttigieg, a polyglot, knows eight languages. After graduating from Harvard and studying as a Rhodes Scholar at Oxford, Pete became the nation’s youngest mayor and the first openly gay candidate for President of the United States. Written by Michael Frizell and Wey-Yuih Loh, and featuring art by Dave Ryan, Juan Burgos, Jonathan Rector, Juan Jose’ Pereyra, J. Travis Smith, and Cornerstone Creative Studios, Political Power: Democrats Volume 2 is a must-read as a new era of American governance begins. Featuring a “Super Friends” homage cover by famed comic book artist Bill Walko.