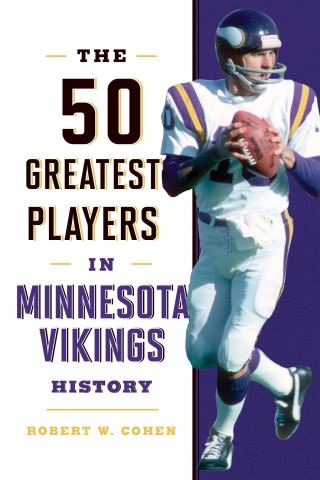 Who were the greatest Minnesota Vikings to have the played for the team? There are certainly many excellent players to choose from, from Fran Tarkenton to Randy Moss and Adrian Peterson on offense to defensive stalwarts like Alan Page and John Randle. Even the offensive linemen who quietly get the job done deserve ranking among the top 50—think Gary Zimmerman and Ron Yary. The possibilities are endless: players such as Ahmad Rashad, Carl Eller, Chuck Foreman, Daunte Culpepper and many more. In this book Robert Cohen takes on the daunting challenge of ranking the greatest Minnesota Vikings ever from 1-50, with a number of honorable mentions