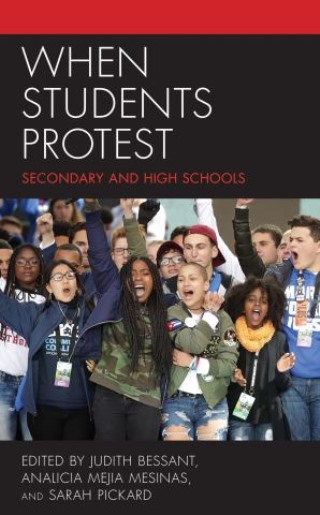 Student political action has been a major and recurring feature of politics across the globe throughout the past century. Students have been involved in a full range of public issues, from anti-colonial movements, anti-war campaigns, civil rights and pro-democracy movements to campaigns against neoliberal policies, austerity, racism, misogyny and calls for climate change action. Yet student protest actions are frequently dismissed by political elites and others as 'adolescent mischief' or manipulation of young people by duplicitous adults. This occurs even as many working in government, traditional media and educational organisations attempt to suppress student movements. Much of mainstream scholarly work has also deemed student politics as undeserving of intellectual attention. These three edited volumes of books help set the record straight.

Written by scholars and activists from around the world, When Students Protest: Secondary and High Schools is the first of a three-volume study. The authors document and analyse how generations of secondary and high school students in many countries have been thoughtful, committed and effective political actors and especially so over the past decade. This book also reveals moves by power holders to stigmatise, repress and even criminalise student political campaigns. While these efforts were sometimes successful, this volume shows that whether responding to problems within schools, or engaging the major public issues of the day, school activists have renewed and revived the political culture of their society, while also challenging long-held age-based prejudices.