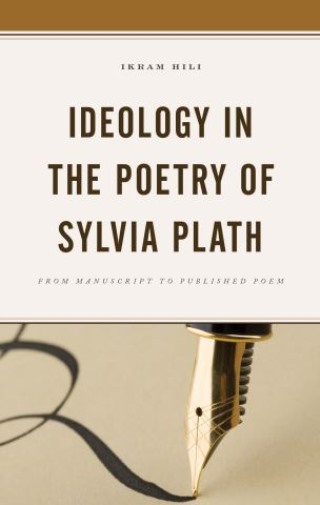 Ideology in the Poetry of Sylvia Plath

From Manuscript to Published Poem

With its distinctive poetic forms and themes, Sylvia Plath’s poetry patently epitomizes her personal and artistic struggle as a woman writer to be part of a largely male-dominated canon. In Ideology in the Poetry of Sylvia Plath: From Manuscript to Published Poem, Ikram Hili examines the difficulties that Plath encountered while drafting her poems, as she wrestled with what to reveal to, or conceal from, the reading public—a literary exertion that is even more visible when studying the poet’s manuscripts of published and unpublished poems. While examining the influence of ideology on Plath’s poetics, Hili traces different stages of the poet’s literary journey, as she moves from restriction, repression, and containment towards a liberating phase during which she carves out her own body of writing. Detaching herself from the rigid, crippling formalism of her earlier years, Plath confronts her own indecisiveness as a poet, cleans up her messy drafts, and embarks on an aesthetic healing process. The literary body that she aims to construct is no longer confined within the “great” writing tradition that she once perceived as predominantly male; nor is it perfect. It is a “perfected” body, the result of a process into which Plath’s captivated readers have also entered.

Ikram Hili is assistant professor in the Faculty of Letters and Humanities at the University of Sousse, Tunisia.