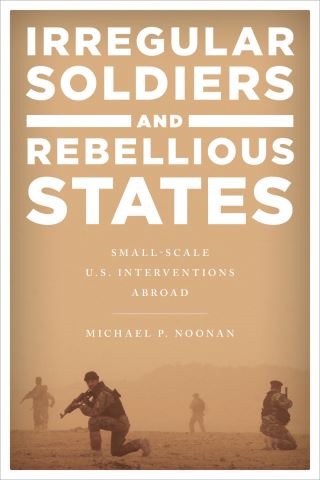 With the wars in Afghanistan and Iraq seemingly drawing down, and with new calls to focus on the threats of great power competition posed by states such as China and Russia on the rise, what will happen to U.S. capabilities for dealing with conflicts that occur in messy political-military environments? Irregular Soldiers and Rebellious States offers, for both expert and non-expert audiences, a useful typology and background for examining interventions where U.S. advisors and forces operating on a small-scale basis will either work with a foreign government to help defend it from threats of subversion or insurgency (known as Foreign Internal Defense) or to assist insurgents or guerrilla forces in countering a hostile regime (known as Unconventional Warfare). It uses nine examples to illustrate how the U.S.—and the British in one case—used such capabilities in either limited or assertive ways to defend (El Salvador, Philippines, Sahel, and Dhofar) or counter (Angola, Nicaragua, northern Iraq, and Afghanistan) foreign governments. Placing such interventions within the broader contexts of American military history and the cultures of the armed forces, it offers three key findings and six policy prescriptions for wisely and judiciously using these capabilities in the present and future.

Michael P. Noonan, Ph.D., is a Senior Fellow in the national security program at the Foreign Policy Research Institute. A veteran of Operation Iraqi Freedom where he served as an advisor with an Iraqi infantry battalion, he has taught at Haverford College, Loyola University Chicago, and Swarthmore College. His writings have appeared in The American Interest, Orbis, Parameters, National Security Studies Quarterly, War on the Rocks, and U.S. News and World Report’s World Report.