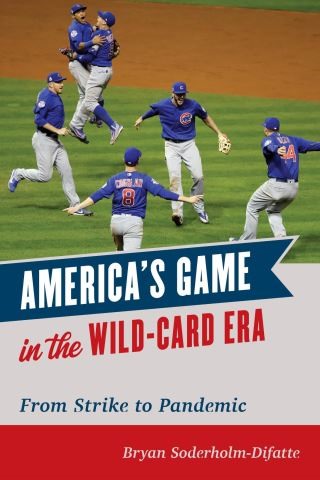 America's Game in the Wild-Card Era

From Strike to Pandemic

Major League Baseball has had a long and storied history, but perhaps no era has been as competitive and unpredictable as the past 25 years, with an expanded postseason making for an unexpected and entertaining end to each season.

In America’s Game in the Wild-Card Era: From Strike to Pandemic, Bryan Soderholm-Difatte provides a compelling examination of Major League Baseball since the 1994 players’ strike. He reveals how the last quarter century has been the most dynamic in MLB history and argues that bringing wild-card teams and the division-series round into the postseason mix have fundamentally changed how dynasties should be perceived. Following the major storylines for all 30 teams, along with the division races and state of dynasties over the past 25 years, America’s Game in the Wild-Card Era is a captivating look into a new age of baseball.