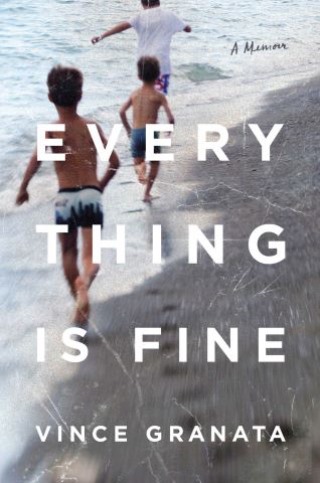 Grief, mental illness, and the bonds of family are movingly explored in this extraordinary memoir “suffused with emotional depth and intellectual inquiry” (Rachel Louise Snyder, author of No Visible Bruises) as a writer delves into the tragedy of his mother’s violent death at the hands of his brother who struggled with schizophrenia. Perfect for fans of An Unquiet Mind and The Bright Hour.

Vince Granata remembers standing in front of his suburban home in Connecticut the day his mother and father returned from the hospital with his three new siblings in tow. He had just finished scrawling their names in red chalk on the driveway: Christopher, Timothy, and Elizabeth.

Twenty-three years later, Vince was a thousand miles away when he received the news that would change his life—Tim, propelled by unchecked schizophrenia, had killed their mother in their childhood home. Devastated by the grief of losing his mother, Vince is also consumed by an act so incomprehensible that it overshadows every happy memory of life growing up in his seemingly idyllic middle-class family.

“In candid, smoothly unspooling prose, Granata reconstructs life and memory from grief, writing a moving testament to the therapy of art, the power of record, and his immutable love for his family” (Booklist).

Vince Granata: Vince Granata received his BA in history from Yale University and his MFA in creative writing from American University. He has received fellowships from the Bread Loaf Writer’s Conference, Virginia Center for the Creative Arts, Brush Creek Foundation for the Arts, the I-Park Foundation, and the Ucross Foundation, and residencies from PLAYA and the MacDowell Colony. His work has appeared in The Massachusetts Review, The Chattahoochee Review, and Fourth Genre, and has been nominated for a Pushcart Prize and listed as Notable in Best American Essays 2018.