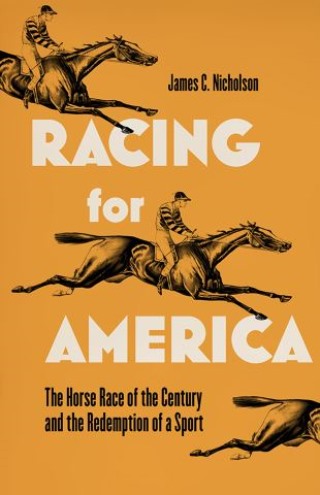 On October 20, 1923, at Belmont Park in New York, Kentucky Derby champion Zev toed the starting line alongside Epsom Derby winner Papyrus, the top colt from England, to compete for a $100,000 purse. Years of Progressive reform efforts had nearly eliminated horse racing in the United States only a decade earlier. But for weeks leading up to the match race that would be officially dubbed the "International," unprecedented levels of newspaper coverage helped accelerate American horse racing's return from the brink of extinction.  In this book, James C. Nicholson explores the convergent professional lives of the major players involved in the Horse Race of the Century, including Zev's oil-tycoon owner Harry Sinclair, and exposes the central role of politics, money, and ballyhoo in the Jazz Age resurgence of the sport of kings. Zev was an apt national mascot in an era marked by a humming industrial economy, great coziness between government and business interests, and reliance on national mythology as a bulwark against what seemed to be rapid social, cultural, and economic changes. Reflecting some of the contradiction and incongruity of the Roaring Twenties, Americans rallied around the horse that was, in the words of his owner, "racing for America," even as that owner was reported to have been engaged in a scheme to defraud the United States of millions of barrels of publicly owned oil. Racing for America provides a parabolic account of a nation struggling to reconcile its traditional values with the complexity of a new era in which the US had become a global superpower trending toward oligarchy, and the world's greatest consumer of commercialized spectacle.