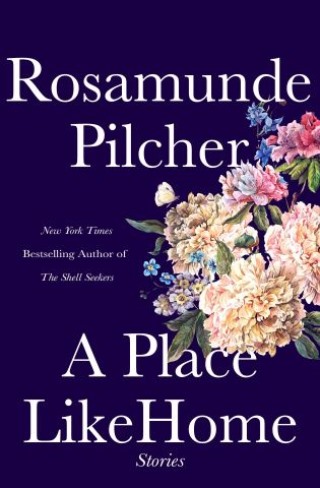 Celebrate life's journeys with the beloved author whose stories of life and love touched the world.

A Place Like Home is a spellbinding collection of short stories by internationally bestselling author Rosamunde Pilcher, never before published in book form. The collection contains fifteen stories, which range from The Holiday, in which a wife surprises her husband of twenty-five years with a holiday full of Mediterranean sunshine, red rocks and blue seas in an effort to rekindle the romance they had before children; The Eye of Love, which takes the reader to a village by the sea where old flames meet again; and A Place Like Home, where a lonely young woman goes to recuperate in the Scottish countryside after a brief illness. The fruit orchards and fresh sea air offer much needed respite—but not as much as the handsome, mysterious farmer she meets.

Each unforgettable story is the perfect slice of romance written with warmth and passion featuring wonderfully memorable, smart, and feisty female characters that will transport the reader to another time and place.

Rosamunde Pilcher: ROSAMUNDE PILCHER (1924- 2019) wrote such worldwide bestselling novels as The Shell Seekers, September, Coming Home, Winter Solstice, and Voices in Summer. Her breakthrough novel, The Shell Seekers, sold more than 10 million copies. Pilcher also authored the photographic autobiography, The World of Rosamunde Pilcher. She was an Officer of the Order of the British Empire (OBE) and lived in Perthshire, Scotland.