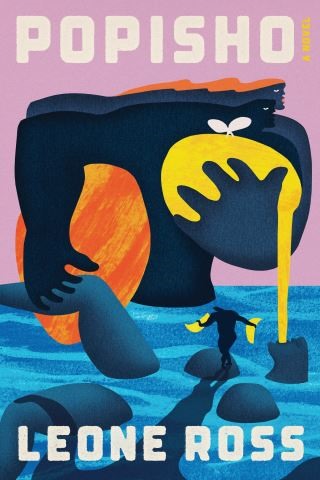 "Bold, iridescent... Dazzling and shocking... Ross’s lyrical, rhythmic writing is something to be savored... [Her] voice sings out loud and pure."
—Eowyn Ivey, The New York Times Book Review

An uproarious, sensual novel, Leone Ross's Popisho conjures a world where magic is everywhere, food is fate, politics are broken, and love awaits.

Everyone in Popisho was born with a little something-something, boy, a little something extra. The local name was cors. Magic, but more than magic. A gift, nah? Yes. From the gods: a thing so inexpressibly your own.

Somewhere far away—or maybe right nearby—lies an archipelago called Popisho. A place of stunning beauty and incorrigible mischief, destiny and mystery, it is also a place in need of change.

Xavier Redchoose is the macaenus of his generation, anointed by the gods to make each resident one perfect meal when the time is right. Anise, his long-lost love, is on a march toward reckoning with her healing powers. The governor’s daughter, Sonteine, still hasn’t come into her cors, but her corrupt father is demanding the macaenus make a feast for her wedding. Meanwhile, graffiti messages from an unknown source are asking hard questions. A storm is brewing. Before it comes, before the end of the day, this wildly imaginative narrative will take us across the islands, through their history, and into the lives of unforgettable characters.

Leone Ross’s Popisho is a masterful delight: a playful love story, a portrait of community, a boldly sensual meditation on desire and addiction, and a critique of the legacies of corruption and colonialism. Inspired by the author’s Jamaican homeland, inflected with rhythms and textures of an amalgam of languages, it is a dazzling, major work of fiction.

Leone Ross: Leone Ross is a fiction writer and academic. She was born in England and grew up in Jamaica. Her first novel, All the Blood Is Red, was long-listed for the Orange Prize, and her second novel Orange Laughter was chosen as a BBC Radio 4’s Women’s Hour Watershed Fiction favorite. Her first short story collection, Come Let Us Sing Anyway, was nominated for the Edge Hill Short Story Prize and Jhalak Prize. Ross has taught creative writing in London for 20 years and worked as journalist throughout the 90s. She lives in London, but intends to retire near water.