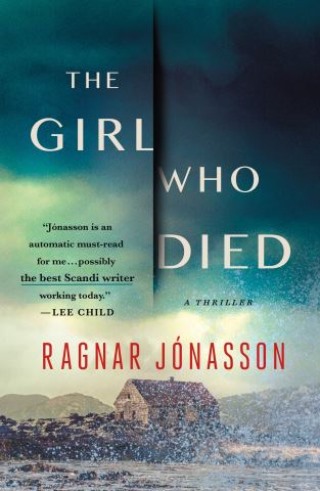 The Girl Who Died

THE NAIL-BITING NEW STORY FROM THE MILLION COPY BESTSELLING AUTHOR

"Is this the best crime writer in the world today? If you're looking for a mystery to get lost in during lockdown..." —The Times, UK

"A world-class crime writer...One of the most astonishing plots of modern crime fiction" —Sunday Times, UK

"It is nothing less than a landmark in modern crime fiction." —The Times, UK

From Ragnar Jónasson, the award-winning author of the international bestselling Ari Thór series, The Girl Who Died is a standalone thriller about a young woman seeking a new start in a secluded village where a small community is desperate to protect its secrets.

Teacher Wanted At the Edge of the World

Una wants nothing more than to teach, but she has been unable to secure steady employment in Reykjavík. Her savings are depleted, her love life is nonexistent, and she cannot face another winter staring at the four walls of her shabby apartment. Celebrating Christmas and ringing in 1986 in the remote fishing hamlet of Skálar seems like a small price to pay for a chance to earn some teaching credentials and get her life back on track.

But Skálar isn’t just one of Iceland’s most isolated villages, it is home to just ten people. Una’s only students are two girls aged seven and nine. Teaching them only occupies so many hours in a day and the few adults she interacts with are civil but distant. She only seems to connect with Thór, a man she shares an attraction with but who is determined to keep her at arm’s length.

As darkness descends throughout the bleak winter, Una finds herself more often than not in her rented attic space—the site of a local legendary haunting—drinking her loneliness away. She is plagued by nightmares of a little girl in a white dress singing a lullaby. And when a sudden tragedy echoes an event long buried in Skálar’s past, the villagers become even more guarded, leaving a suspicious Una seeking to uncover a shocking truth that’s been kept secret for generations.

Ragnar Jonasson: RAGNAR JONASSON is an international number one bestselling author who has sold over two million books in thirty-two countries worldwide. His books include the Dark Iceland series and the Hulda series. Jonasson was born in Reykjavik, Iceland, where he also works as an investment banker and teaches copyright law at Reykjavik University. He has previously worked on radio and television, including as a TV news reporter for the Icelandic National Broadcasting Service, and, since the age of seventeen, has translated fourteen of Agatha Christie's novels. Ragnar is the co-founder of the Reykjavik international crime writing festival Iceland Noir. His critically acclaimed international bestseller The Darkness is soon to be a major TV series. Jonasson lives in Reykjavik with his wife and two daughters.