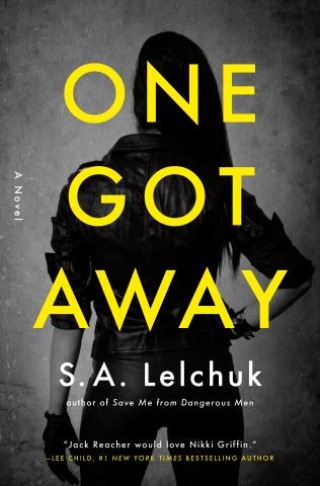 The reclusive matriarch of one of San Francisco’s wealthiest and most private families has been defrauded by a con-man, and her furious son enlists Nikki to find the money. And find the con-man, Dr. Geoffrey Coombs.

Nikki isn’t a fan of men who hurt people. Quietly running her used bookstore by day, her secret mission, born of revenge and trauma, is to do everything she can to remove the innocent from dangerous situations—and punish the men responsible.

It seemed like a simple job, but as Coombs leads Nikki on a trail littered with deceptions, she realizes that he’s not the only one lying: no one involved is telling her the truth.

As Nikki draws closer to Coombs and learns more about who he really is, she is taken aback to realize that she is starting to enjoy the chase—and that the two of them might share more in common than she would like to admit.

But while she closes in on Coombs, others are looking for him, too. As Nikki glimpses secrets that powerful people want to remain hidden, she begins to suspect that lives are in peril.

From breathtaking cliffside resorts to the shady underworld of stolen cars, from drug-filled trailers to the city’s loftiest penthouses, Nikki slowly uncovers the deep rot at the center of the case. She is forced to make terrible choices about who to help—and how to keep herself alive.

If she can fit the pieces together in time, she just might be able to save them all.

PI Nikki Griffin – a badass bookseller who punishes abusers – is back in S. A. Lelchuk's One Got Away…

S. A. Lelchuk: S.A. Lelchuk, author of the debut novel Save Me from Dangerous Men, holds a master's degree from Dartmouth College, and lives in Berkeley, California.