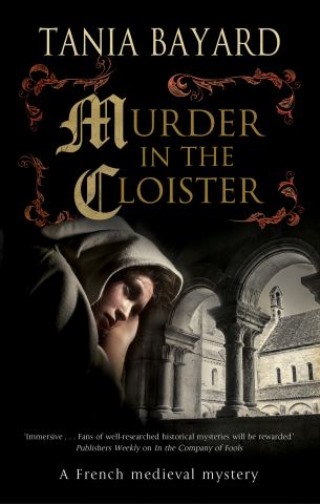 Murder in the Cloister

Christine de Pizan is in danger when she is sent to the Priory of Poissy to catch the killer of a young nun in this vividly imagined historical mystery set in fourteenth-century France. Paris, 1399. Scribe Christine de Pizan is sent to the Priory of Poissy by the palace to copy a manuscript for the prioress. But the prioress already has many copyists, and Christine senses that something is amiss. Her suspicions are confirmed when the prioress reveals that one of the sisters has been found murdered in the cloister. Fearing for the welfare of the king's young daughter who resides at the abbey, she is eager for Christine to find out who killed the young nun - and why. As Christine investigates, she uncovers dark mischief and closely guarded secrets, but can she unmask a killer? This compelling medieval mystery will appeal to fans of KAREN MAITLAND, SUSANNA GREGORY and CANDACE ROBB.

Tania Bayard: Tania Bayard is a freelance writer and lecturer specializing in medieval art, culture, and horticulture. She has taught art history at Fordham, Rutgers, and Hofstra universities and is the author of a number of non-fiction books, including A Medieval Home Companion: Housekeeping in the Fourteenth Century. Previously, she was the curator of the Biblical Garden at the Cathedral of St. John the Divine in New York City and assistant horticulturist at The Cloisters, a branch of the Metropolitan Museum of Art.