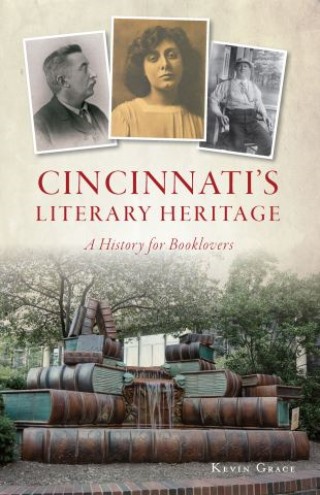 A History for Booklovers

Since its founding in 1788, Cincinnati has treasured books and reading. While the early settlers swapped books with one another, by the early 1800s, civic leaders were envisioning the creation of a public library; in 1814, the Circulating Library Society was founded. Other libraries followed, as did bookshops and stationers. Soon, printing and publishing made Cincinnati one of America's centers for the book trade. Ault & Wiborg became one of the world's largest manufacturers of printing ink. The Strobridge Lithography Company produced the lion's share of circus and show posters in the Western world. Embracing a city that has welcomed poets and playwrights, authors and booksellers--including a mobile book bus that can pop up anywhere--author Kevin Grace explores the rich heritage of reading and books in Cincinnati.

Kevin Grace: Kevin Grace is the head of the Archives & Rare Books Library at the University of Cincinnati and the university archivist. He also teaches in the University Honors Program on the global culture of books and reading, Shakespeare, folklore and mythology, rare books and manuscripts and Irish America. Grace is the author or coauthor of more than a dozen books on Cincinnati and is also the creator of two Facebook pages, "Guide to Literary Cincinnati" and "Cincinnati Shakespeare Heritage." He strongly believes in the power of reading aloud and that homes empty of books are empty houses.