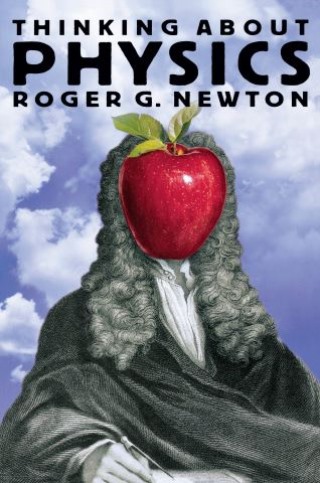 Physical scientists are problem solvers. They are comfortable "doing" science: they find problems, solve them, and explain their solutions. Roger Newton believes that his fellow physicists might be too comfortable with their roles as solvers of problems. He argues that physicists should spend more time thinking about physics. If they did, he believes, they would become even more skilled at solving problems and "doing" science. As Newton points out in this thought-provoking book, problem solving is always influenced by the theoretical assumptions of the problem solver. Too often, though, he believes, physicists haven't subjected their assumptions to thorough scrutiny. Newton's goal is to provide a framework within which the fundamental theories of modern physics can be explored, interpreted, and understood.


"Surely physics is more than a collection of experimental results, assembled to satisfy the curiosity of appreciative experts," Newton writes. Physics, according to Newton, has moved beyond the describing and naming of curious phenomena, which is the goal of some other branches of science. Physicists have spent a great part of the twentieth century searching for explanations of experimental findings. Newton agrees that experimental facts are vital to the study of physics, but only because they lead to the development of a theory that can explain them. Facts, he argues, should undergird theory.


Newton's explanatory sweep is both broad and deep. He covers such topics as quantum mechanics, classical mechanics, field theory, thermodynamics, the role of mathematics in physics, and the concepts of probability and causality. For Newton the fundamental entity in quantum theory is the field, from which physicists can explain the particle-like and wave-like properties that are observed in experiments. He grounds his explanations in the quantum field.


Although this is not designed as a stand-alone textbook, it is essential reading for advanced undergraduate students, graduate students, professors, and researchers. This is a clear, concise, up-to-date book about the concepts and theories that underlie the study of contemporary physics. Readers will find that they will become better-informed physicists and, therefore, better thinkers and problem solvers too.

Roger G. Newton: Roger G. Newton is Distinguished Professor Emeritus at Indiana University. He is editor of the Journal of Mathematical Physics and author of several books, including Scattering Theory of Waves and Particles, The Truth of Science, and What Makes Nature Tick?