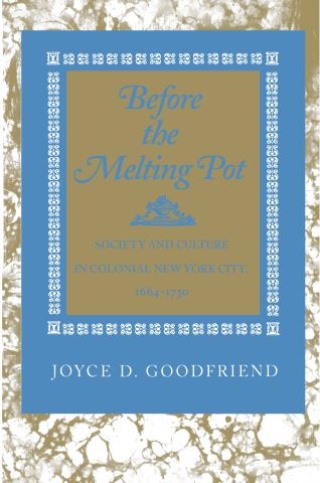 Before the Melting Pot

From its earliest days under English rule, New York City had an unusually diverse ethnic makeup, with substantial numbers of Dutch, English, Scottish, Irish, French, German, and Jewish immigrants, as well as a large African-American population. Joyce Goodfriend paints a vivid portrait of this society, exploring the meaning of ethnicity in early America and showing how colonial settlers of varying backgrounds worked out a basis for coexistence. She argues that, contrary to the prevalent notion of rapid Anglicization, ethnicity proved an enduring force in this small urban society well into the eighteenth century.