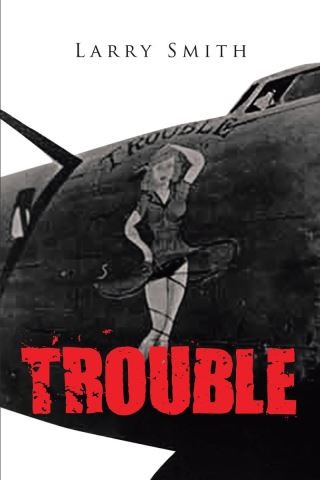 A TRUE story about a miraculous journey filled with antics of young men in the USAAF as well as many deadly encounters and near misses. The B-24 Liberator nicknamed Trouble was one of five bombers that were shot down over NAZI-occupied France on January 7, 1944. Sergeant Robert Sweatt, a waist gunner, was wounded in several places, including a nick to his jugular vein, but survived the initial attack AND the plane's explosion in midair, which knocked him unconscious. Bob regained his senses as he fell and was able to open his parachute. There are many more details of this story that are almost unbelievable. Read and enjoy. Sergeant Robert Sweatt explains his thoughts as he wakes while falling. "No matter how much I try, I don't believe that I will be able to accurately convey my feelings when I regained consciousness. In fact, at first I didn't believe that I WAS conscious. My first thought was ... so this is what it feels like to be dead. It was very peaceful and I don't think I have ever been calmer in my life. I was comfortable, not too hot, not too cold, no pain, it was very quiet. I was slowly assessing myself. All in all, I was happy with most of my condition ... except that I couldn't see. I blinked my eyes ... yes, they moved, I could feel them move but it was still dark. Wait a minute! MY EYELIDS MOVED? That isn't supposed to happen if I'm dead." Please click HERE to view a video trailer for "Trouble"