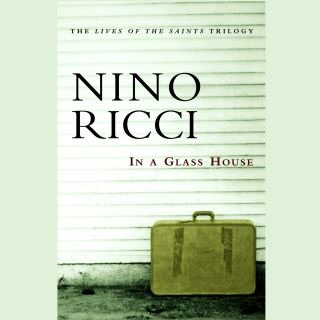 In a Glass House

After a harrowing voyage from Italy, during which his mother died, seven-year-old Vittorio arrives in Canada with his newborn half-sister, and is reunited with his estranged father, a dark, isolated, and angry figure he hardly knows. The story that follows spans two decades of Vittorio’s life within an immigrant Italian farming community in Southwestern Ontario, through his university years, and then into Africa where he goes to teach. At the centre of Vittorio’s existence is his strained relationship with his father and with his half-sister, Rita. In a Glass House is a haunting tale about perseverance and longed-for redemption. Ricci juxtaposes the intimate, complex world of family, with “its shadowy intricate web of alliances,” against the dislocations of the immigrant experience. The result is a richly textured and memorable novel.

Nino Ricci: NINO RICCI is the multi-award winning, bestselling author of the Lives of the Saints trilogy, Testament, The Origin of Species, the Pierre Elliott Trudeau book in the Extraordinary Canadians series, and Sleep. He's been the recipient of the Governor General's Award twice, the Trillium Book Award, the Books in Canada First Novel Award, the Canadian Authors Association Award for Fiction, among others, and has been a finalist for the Scotiabank Giller Prize. Ricci has been awarded an honorary Doctor of Laws and the Queen Elizabeth II Diamond Juiblee Medal. He has been recognized with the Order of Canada for his contributions to literature as a renowned author. He lives in Toronto.