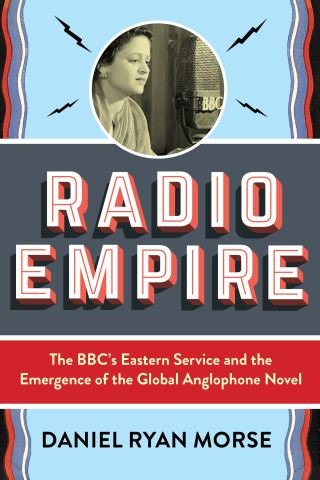 Initially created to counteract broadcasts from Nazi Germany, the BBC’s Eastern Service became a cauldron of global modernism and an unlikely nexus of artistic exchange. Directed at an educated Indian audience, its programming provided remarkable moments: Listeners in India heard James Joyce reading from Finnegans Wake on the eve of independence, as well as the literary criticism of E. M. Forster and the works of Indian writers living in London.

In Radio Empire, Daniel Ryan Morse demonstrates the significance of the Eastern Service for global Anglophone literature and literary broadcasting. He traces how modernist writers used radio to experiment with form and introduce postcolonial literature to global audiences. While innovative authors consciously sought to incorporate radio’s formal features into the novel, literature also exerted a reciprocal and profound influence on twentieth-century broadcasting. Reading Joyce and Forster alongside Attia Hosain, Mulk Raj Anand, and Venu Chitale, Morse demonstrates how the need to appeal to listeners at the edges of the empire pushed the boundaries of literary work in London, inspired high-cultural broadcasting in England, and formed an invisible but influential global network.

Adding a transnational perspective to scholarship on radio modernism, Radio Empire demonstrates how the history of broadcasting outside of Western Europe offers a new understanding of the relationship between colonial center and periphery.