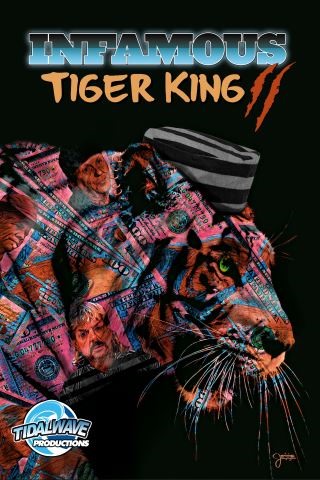 Special Edition to the sequel of the cult classic comic book biography. Viewers worldwide were riveted by Netflix’s seven-episode reality series exploring the infamous and self-proclaimed “Tiger King.” Joe Exotic’s jaw-dropping antics and the bewildering choices he made led to a conviction for attempted murder, violations of the Lacey Act, and twenty-two years in Federal prison. But what happened to the animals at his GW Zoo? With the assistance of PETA, TidalWave is proud to present their stories. With Bonus Tiger King activities and games! Featuring a new cover by Jesse Johnson.