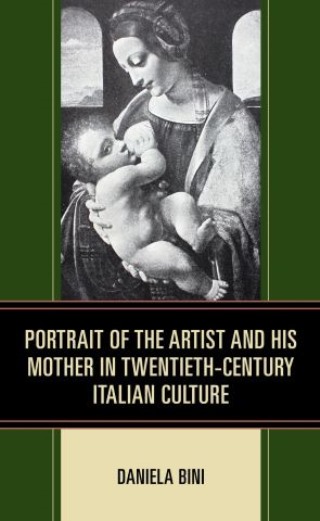 The power exercised by the mother on the son in Mediterranean cultures has been amply studied. Italy is a special case in the Modern Era and the phenomenon of Mammismo italiano is indeed well known. Scholars have traced this obsession with the mother figure to the Catholic cult of the Virgin Mary, but in fact, it is more ancient. What has not been adequately addressed however, is how Mammismo italiano has been manifested in complex ways in various modern artistic forms. Portrait of the Artist and His Mother in Twentieth-Century Italian Culture focuses on case studies of five prominent creative personalities, representing different, sometimes overlapping artistic genres (Luigi Pirandello, Pier Paolo Pasolini, Dino Buzzati, Carlo Levi, Federico Fellini). The author examines how the mother-son relationship not only affected, but actually shaped their work. Although the analysis uses mainly a psychological and psychoanalytical critical approach, the belief of the author, substantiated by historians, anthropologists and sociologists, is that historical and cultural conditions contributed to and reinforced the Italian character. This book concludes with an analysis of some examples of Italian film comedies, such as Fellini's and Monicelli's where mammismo/vitellonismo is treated with a lighter tone and a pointed self irony.

Daniela Bini is professor of Italian studies and comparative literature at the University of Texas, Austin.