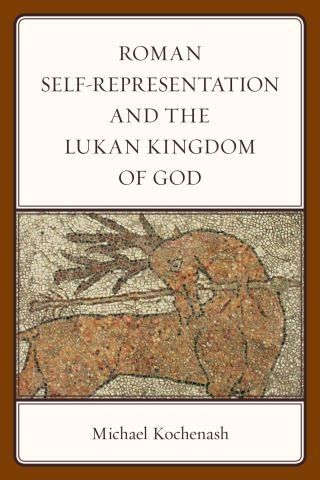 Roman Self-Representation and the Lukan Kingdom of God

Framed within a discussion on the use of biblical texts for reasoning about social, cultural, and political realities, Roman Self-Representation and the Lukan Kingdom of God explores the construction of the kingdom of God in Luke and Acts through the lens of Rome’s presentation of its own empire. By evoking the audience’s lived experience of Roman rule—its stories, works of literature, monuments, and images—the Lukan narratives communicate about God’s kingdom in a culturally meaningful way, sometimes mirroring, sometimes diverging from, and sometimes subverting the logic of these expressions of Roman rule. Touching on a wide range of issues—including gender, ethnic representation, status disparities, economic and military imperialism, and violence—this book is suggestive regarding both the Lukan vision of the kingdom of God and Lukan dispositions toward aspects of Roman rule.