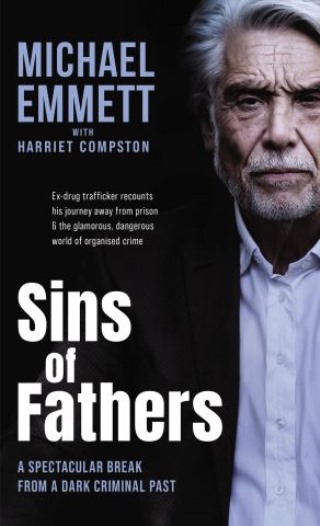 A Spectacular Break from a Dark Criminal Past

‘Michael is living proof that love always has the power to bring you home.’ Charlie Mackesy

‘A cracking read. Really gets to the bottom of the madness of a man fighting his demons.’ Ray Winstone

‘His life may have had its ups and downs, but it is wonderful example of God’s transforming power.’ Nicky Gumbel, Vicar of HTB & pioneer of ALPHA

‘Take it from me, Michael got up to some mischief. And to find some peace at the end of it all! You really need to hear this story.’ Former London Crime Boss

Growing up, Michael wanted nothing more than to follow in his dad’s footsteps and join the family business. Aged 18, he did just that and entered into the glamourous, dangerous world of organised crime.

Michael’s father, a career criminal and contemporary of the infamous Krays, was a wayward role model. Soon Michael’s criminal activities were funding a reckless lifestyle of drugs, sex, and violence.

But the high couldn’t last. In 1993 both men were arrested for their involvement in a £13-million smuggling operation. Michael was sentenced to twelve years, serving time in the same prison as his dad.

Inside HMP Exeter, Michael found something he had never expected: answers. A chance encounter in the prison chapel led to an experience that would shake the foundations of his life.

This is a true story of trauma and transformation, one man’s search for redemption, and the struggle to become the father he never had.

Michael Emmett grew up in London and this is his first book. Although his life trajectory turned him into a career criminal. Michael’s life was transformed during his time in prison. He credits his miraculous life-change to the love and support he received from his friends and family, as well as to his faith in God. Since his release from prison, he has helped prisoners and ex-offenders to find their own paths to peace. He lives in London, UK.