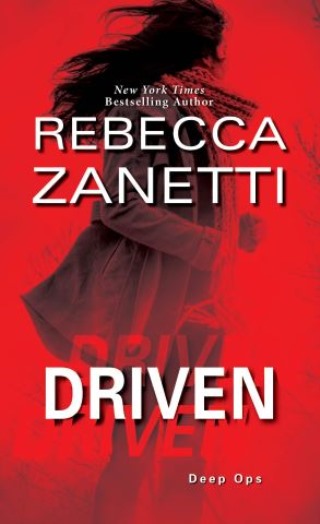 A Thrilling Novel of Suspense

“Zanetti is a master.”
—Kirkus Reviews

Unswerving: Angus Force is determined to hunt down the serial killer he’d once shot dead—or so he thought. But an anonymous source reports that Lassiter is alive. Force hasn't slept since, knowing it’s only a matter of time before “the Surgeon” strikes again. And soon, a body is found, bearing Lassiter’s same maniacal MO. It’s just the beginning of a murderous trail blazing through DC and Virginia, right to Force’s backyard . . .

Unstoppable: Nari Zhang is the shrink for the ragtag Deep Ops Unit, though she isn’t Force’s
shrink—which is a very good thing. Because once they’re thrown together on the case, their attraction is explosive and irresistible. They’ll just have to fight that much harder to keep the heat between them from flaming out of control. But things are about to become far more challenging, and deadly, than they could have imagined . . .

Unhinged: Once the killer catches a glimpse of Nari, she becomes his new obsession. She is now the focus point—for both Force and Lassiter—in a dangerous dance for survival . . .

“Action-packed…Zanetti still makes time to dig into her characters’ psyches in the midst of the action, adding nuance to the exciting plot.”
—Publishers Weekly

Rebecca Zanetti: New York Times and USA Today bestselling author Rebecca Zanetti has worked as an art curator, senate aide, lawyer, college professor, and a hearing examiner—only to culminate it all in stories about alpha males and the women who claim them. Her novels have received a starred PW review, have been listed among Amazon’s best romances of the year, and have won RT Reviewer Choice Awards.

Growing up amid the glorious backdrops and winter wonderlands of the Pacific Northwest has given Rebecca fantastic scenery and adventures to weave into her stories. She resides in the wild north with her husband, children, and extended family who inspire her every day—or at the very least give her plenty of characters to write about.