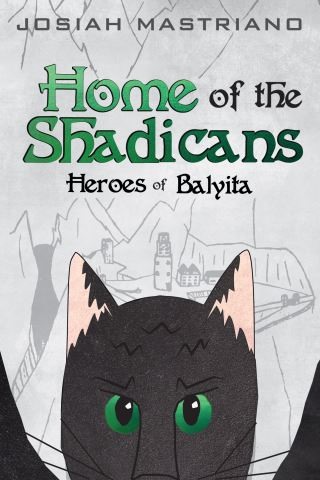 Home of the Shadicans kicks off with tension in the air as King Lustan, the selfish ruler of Dauchenland, dies. The Aces, an organization of individuals who have special abilities and a duty to protect creation from evil, suspect that the new ruler, Kafahr, has even more sinister plans in mind for the kingdom of Dauchenland. Ottokar, an Ace, decides to get his son Maxstrom to safety by sending him across the known world to the Shadicans. The Shadicans are a cat humanoid-like species that have isolated themselves from the rest of the world, and they have a reputation for being vicious warriors. After Maxstrom gets accepted and raised by these creatures, it turns out that living with the Shadicans isn't the safest thing after all; they have many of their own problems. And while Maxstrom helps them through crisis after crisis, he can't help but wonder what happened to his family in Dauchenland; eight years is an incredibly long time to be left without answers. Could it be possible that the Shadicans closest to him are hiding a life-changing secret?

Josiah Mastriano: Josiah Mastriano is the author of the Heroes of Balyita series. He was born in Monterey, California in 1997, spent seven years in Germany, and has an Interdisciplinary Degree with focuses in Math and Psychology from Liberty University. Josiah now lives in Pennsylvania and enjoys writing exciting fantasy novels with a Christian worldview for readers to enjoy.