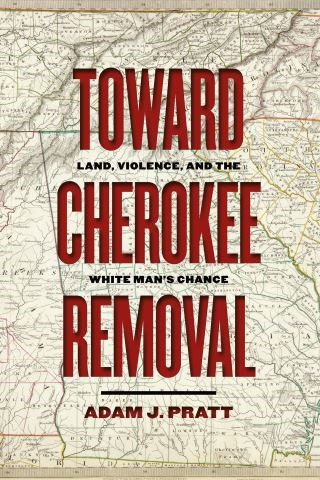 Cherokee Removal excited the passions of Americans across the country. Nowhere did those passions have more violent expressions than in Georgia, where white intruders sought to acquire Native land through intimidation and state policies that supported their disorderly conduct. Cherokee Removal and the Trail of Tears, although the direct results of federal policy articulated by Andrew Jackson, were hastened by the state of Georgia. Starting in the 1820s, Georgians flocked onto Cherokee land, stole or destroyed Cherokee property, and generally caused havoc. Although these individuals did not have official license to act in such ways, their behavior proved useful to the state. The state also dispatched paramilitary groups into the Cherokee Nation, whose function was to intimidate Native inhabitants and undermine resistance to the state’s policies. The lengthy campaign of violence and intimidation white Georgians engaged in splintered Cherokee political opposition to Removal and convinced many Cherokees that remaining in Georgia was a recipe for annihilation. Although the use of force proved politically controversial, the method worked. By expelling Cherokees, state politicians could declare that they had made the disputed territory safe for settlement and the enjoyment of the white man’s chance.

Adam J. Pratt examines how the process of one state’s expansion fit into a larger, troubling pattern of behavior. Settler societies across the globe relied on legal maneuvers to deprive Native peoples of their land and violent actions that solidified their claims. At stake for Georgia’s leaders was the realization of an idealized society that rested on social order and landownership. To achieve those goals, the state accepted violence and chaos in the short term as a way of ensuring the permanence of a social and political regime that benefitted settlers through the expansion of political rights and the opportunity to own land. To uphold the promise of giving land and opportunity to its own citizens—maintaining what was called the white man’s chance—politics within the state shifted to a more democratic form that used the expansion of land and rights to secure power while taking those same things away from others.

Adam J. Pratt: ADAM J. PRATT is an associate professor of history at the University of Scranton.