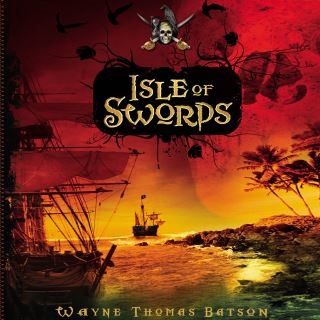 A young lad awakens on an island, alone and brutally injured, with no memory of his past.

Captain Declan Ross searched for riches that will free him and his headstrong daughter, Anne, from the piracy business forever . . . Bartholomew Thorne, an infamously ruthless pirate, seeks to destroy Ross and any who stand in his way of the legendary treasure hidden by a mysterious order of monks.  With these intriguing characters and many more, Wayne Thomas Batson weaves a spell-binding adventure filled with high-seas drama where battles rage, storms brew, a long-dormant volcano awakens, and a sea creature slithers in the deep as pirates race for a cliff-top fortress.